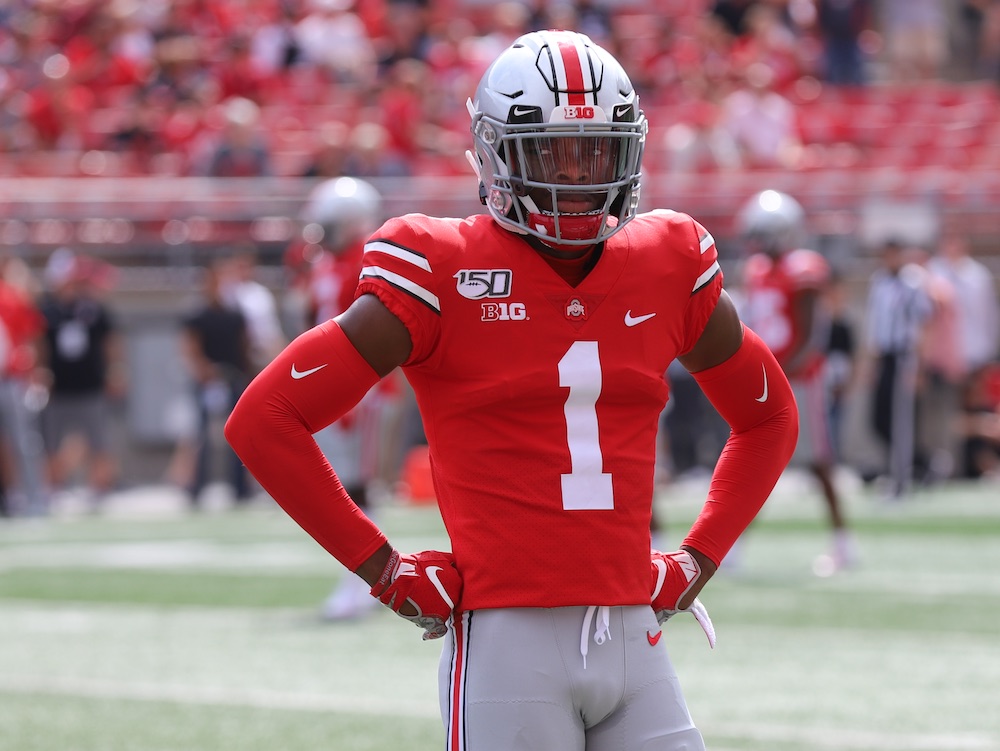 Instead of doing individual players like last year, this year Draft Core will be highlighting the position as a whole.

Players deemed as “Primetime Players” are the elite crop of the draft. Draft Core evaluates the top rated players and highlight a trait or two that will translate to the next level. In addition, Draft Core will make a player comparison and a team that needs the player’s skill set.

Similar to the EDGE class this year, the cornerback position is deep with dependable options but has just one prospect that is considered “elite”. Ohio State’s Jeff Okudah has distinguished himself from the rest of the pack with his athleticism and his almost flawless technique. It is rare for a prospect to be able to join an NFL team and be THE guy and shadow the opposing team’s best wide receiver option. This is why he is this year’s only Primetime Player for the CB class.

Jeffrey Okudah is an early first round talent with the upside to become one of the best cornerbacks in the NFL. He features an elite man coverage skill set both in terms of physical gifts and how he applies them to different routes. There is room for improvement in both zone and press coverage but overall, he’s a scheme-versatile defender. Additionally, Okudah showcases the physicality and ball skills that make him a complete package.

His hips are fluid and during the rare times he is beat or missteps, he has the athleticism to recover fast and patch up the damage. Simply put, he is going to be a star.

The value of having one side of the field covered allows for defensive coordinators to call more blitz packages and use safeties to cover other areas of focus. While he is much more athletic than Darrelle Revis, Okuduh can shut down opposing number one wide receivers and open up more possibilities for his defense.

This is the most popular comparison thrown at Okuduh and it is easy to see why. Both are physical freaks that can shadow the opposing team’s number one receiving option and demonstrate no real concerning weaknesses. Okuduh does not possess the trash talking ability that Ramsey does, but he definitely has a confidence to him that you want your cornerback to have.

Detroit has the task of replacing a top 10 cornerback in Darius Slay which is no easy task. Even though Draft Core is a huge fan of the potential of Isaiah Simmons, Okuduh makes the most sense for the Lions since they already have a decent LB core and a huge need for secondary help. Pairing Okuduh with Desmond Trufant forms a formidable secondary in a division with Devonte Adams, Adam Thielan, and Allen Robinson.